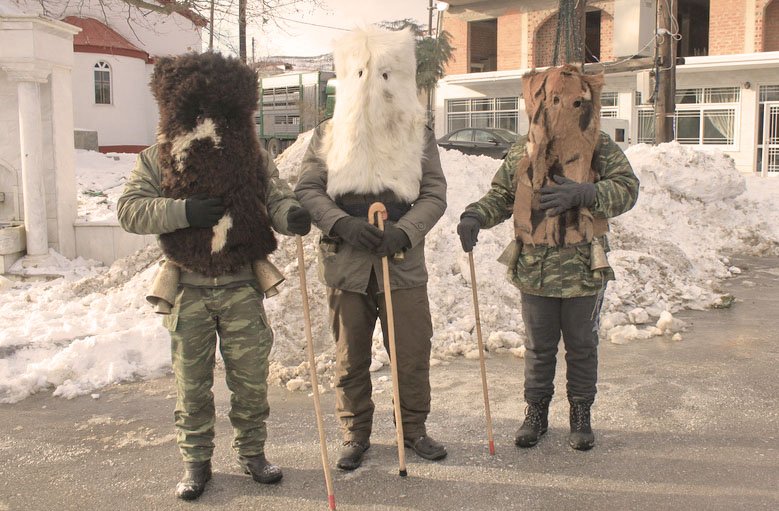 Rogatsaria: An ancient pagan custom on the eve of the Epiphany.

The Rogatsaria is an ancient pagan custom that is revived each year on the eve of the Epiphany (January 5th). Young men dressed in sheep skins go from house to house, wishing a new year to those they meet along the way. The “troupe” (blouki, in the local dialect) includes the bride, groom, priest, doctor, rural constable, old hag, and the “arabs” (all parts are played by men). Their duty is to protect the bride from the members of other troupes who try to snatch her. However, if they cannot stop the snatching of the bride, then they must make every effort to get her back, punish the snatcher and make him pledge allegiance to them.

The faces and bodies of the members in Rogatsaria are covered in sheep skins, and they have brass bells hanging around their waists. The troupe is always accompanied by a traditional band, and the most typical dance is the Rogatsiaris. Their goal is to go by every house in the village and collect as much money as they can, both in order to maintain their costumes and to fund the traditional feast that follows, in the evening on the day of the Epiphany.