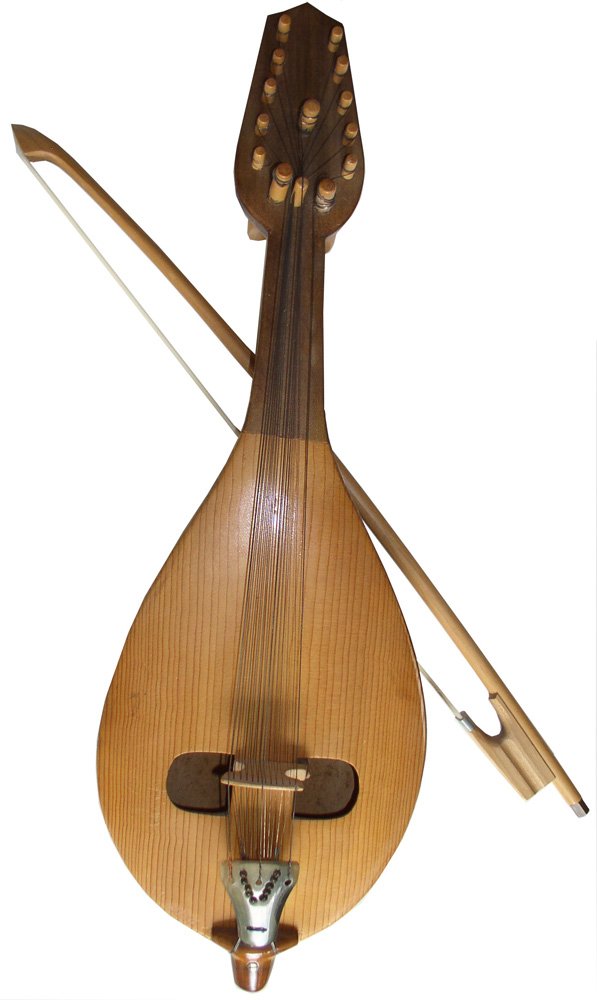 Cretan Lyra: Explore the Mediterranean Mosaic through the culture of Crete.

The Cretan Lyra is a Greek pear-shaped, three-stringed bowed musical instrument, central to the traditional music of Crete and other islands in the Dodecanese and the Aegean Archipelago, in Greece. The Cretan Lyra is considered as the most popular surviving form of the medieval Byzantine Lyra, an ancestor of most European bowed instruments.

The Byzantine Lyra spread westward through Europe with uncertain evolution; a notable example is the Italian lira da braccio, a 15th-century bowed instrument and possibly the predecessor of the modern violin. Bowed instruments similar to the Cretan lyra and direct descendants of the Byzantine Lyra have continued to be played in many post-Byzantine regions until the present day with small changes, for example the Gadulka in Bulgaria, the bowed Calabrian lira in Italy and the Classical Kemenche in Istanbul, Turkey.

With regard to the period of introduction of the bowed instrument in the island, there are four schools of thought:

Over the centuries and especially during the island’s Venetian Era, the violin exerted its influence on the music of Crete both under the organological and musical aspect, bringing about profound changes in the instrument’s repertory, tunning, organology, musical language and performance practice.