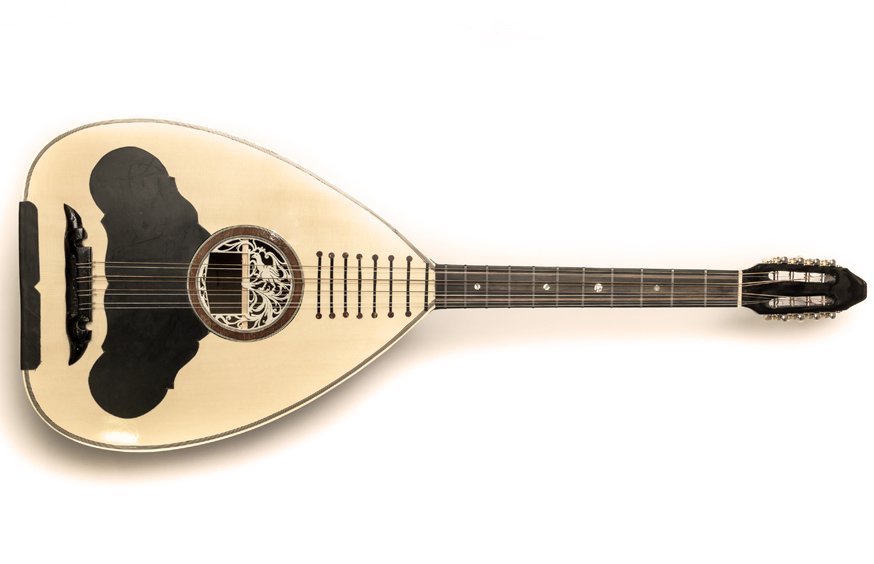 Laouto: Part of Cretan folklore music over the ages.

The laouto is a long-neck fretted instrument of the lute family, found in Greece and Cyprus, and similar in appearance to the oud. The name comes from the lute. It is played in most respects like the oud (plucked with a long plectrum). The role of the laouto in Greek traditional music is primarily that of accompaniment. The laouto is often played in a duo (the one laouto tuned more bass than the other) with the Cretan Lyra in Greece or with the violin in Cyprus.

Unlike the oud and other short-necked lutes, the laouto has a higher string tension due to its longer neck and hence brighter in tone than the oud. The laouto also tends to have only one sound hole (sometimes two) whereas the oud family tend to have three. In this respect and because the use of movable frets, the laouto more closely resembles the lute, while sounding more like the oud. The strings of the laouto were traditionally of gut, although the modern laouto has steel (or steel wound nylon) strings similar to those of the bouzouki. The soundboard is often made of spruce or cedar wood, while the body is usually made of a harder wood such as maple or walnut.