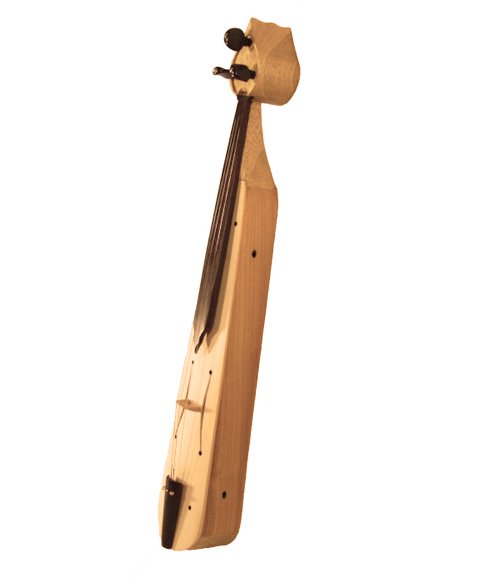 Pontiaki Lyra: Its origins lay in the Pontus region for years.

The Pontic Lyra is a 3 stringed musical instrument played primarily by those whose origins lay in the Pontus region of north eastern Turkey, those who reside in the northern parts of Greece, and also people from many other parts of the world. It is also known as the Pontian lyra, Pontic fiddle or kemenche. It is without doubt the musical instrument which defines Pontic Greek culture, and has a very distinct melody unlike any other instrument. The Pontic lyra comprises a narrow box shaped body which includes a neck and a pegbox, and a soundboard which covers the body. The body is either made by hollowing out a single piece of wood, or by gluing pieces together. The best lyra are said to be made of extremely dense woods such as plum, mulberry and walnut. Cedar is sometimes also used. The soundboard is made of pine or spruce.

The sides of the body are generally 2-3mm in thickness, as is the soundboard. The pegs are made of hardwood (usually the same wood as the body) and are inserted from the front. The chords are made of wire although sheep’s gut can be used for the lower two. Traditionally, the bow was made from an olive branch, however nowadays they are made from any light piece of wood. Hair from a male horse’s tail is ideally used, however synthetic hair can suffice. While playing, the tension of the bow hair is controlled by the second and third finger whilst it is held palm upwards.