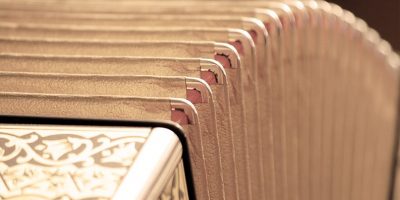 Accordion: Fill it with air in order to get warm folklore melodies.

The accordion is a relative newcomer on the music scene, having been invented in the early 1800s in Europe (drawing from the concept of older Chinese instruments) and only taking shape in its modern form later in that century. Because the accordion was able to make such a loud sound (remember, amplification hadn’t come around […]