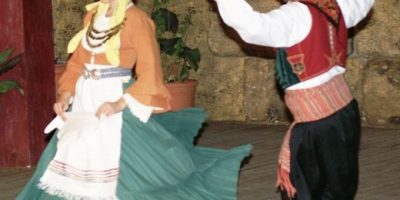 The Ballos dance (from the Italian ballo via Latin “ballo“) is one of the best known Greek folk island dances in Greece. There are also different versions in other Balkan countries. The Ballos is of Greek origin, with ancient Greek elements. The melody of a ballos is generally joyous and lyrical which is typical of the music of the Aegean […]