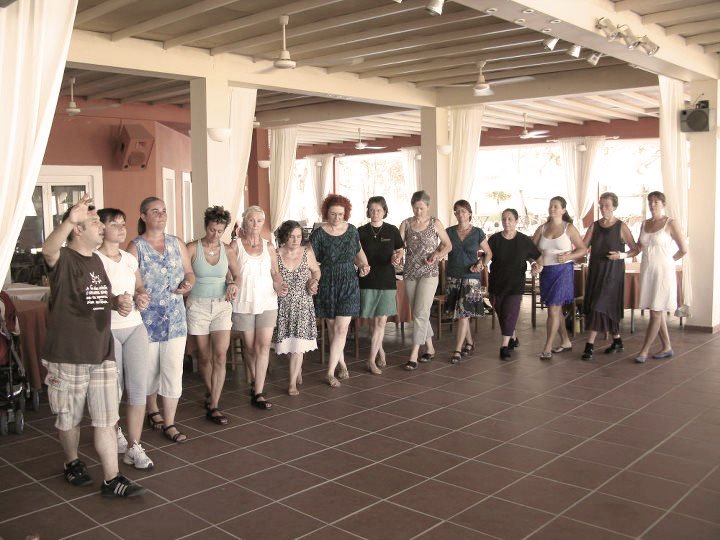 During the period between 19th and 28th August 2011, was held in Pieria the 1st International Folklore Seminar of Traditional Greek Dances and Culture named “Olympus”. This folklore meeting involved people from all over the world having as a mutual characteristic their newfound love and acquaintance with Greek traditional and timeless cultural heritage. The final meeting in Katerini is the result of a co-operation between two dynamic and passionate folklore entities in Northern Greece, ProPantos (Folklore Festivals & Seminars Organization Center) as well as Tameion Thrace based in Xanthi. These two entities are responsible for the overall organization of the initial seminar idea and of course the final implementation of the event, while the most significant members of ProPantos group are Mr. Gerovassiliou Vasilis, Mr. Panagiotis Pagonidis and Mrs. Euphrosyne Chatzichidiroglou.

These two folklore entities are totally active in folklore activities and they have recently shown some massive improvements and impressive skills in every aspect of artistic, educational as well as cultural events in the regions of Macedonia, Thrace and in the rest of Greece. This first folklore seminar – meeting is an event of great importance for the Region of Central Macedonia because it provides the way for an international presence all over the Northern Greece during the seminar and festival days. Participating countries in this seminar: Germany, Switzerland, Sweden, Scotland, USA, Canada, Chile and Israel. There is a large number of non-Greek people with great passion and tenderness for the Greek language, art, traditional dance and our timeless Greek culture in general. Our main goal is to enhance the international presence of Greece through the organization of cultural activities of this kind.

Through this first international seminar meeting of Olympus, we tend to give the opportunity to all our participants fo learn and practice the beauty and the charm of Greek folklore dances, the Greek language as well as to enhance their knowledge of our traditional art, history and of course our spectacular philiosophy. Through our breathtaking greek folklore dances we are trying to keep alive the history of some of the most remarkable sites in Hellenism during the old days like North Thrace, Pontus, Central Macedonia (from Roumlouki to Pieria). Scientists, folklore researchers, dance instructors and artists from Greece and abroad associate with everyone in a unique way in order to highlight the massive and universal significance of the Greek cultural stream since the days of Orpheus (in ancient history) till nowadays. Thus, during the seminar days there will be well-known participants such as academics, folklorists, researchers, dance instructors and folklore musicians.

The curtain of this first meeting was opened with the participation at the 3rd International Folklore Bagpipe Festival which took place in Trikala Imathias (Central Macedonia) and continued with Greek language lessons, philoshophy lectures, tradiational dances and musical activities at the open-air stage of Olympic Beach of Pieria, the archaelological site and the ancient theater of Dion, in Kato Milia village (Pieria region) as well as in ancient Livithra of Olympus where there are probably the remants of the Orpheus tomb.

Researchers – Dance Instructors of this seminar: Julie Dimou, Kyriakos Moysidis, John Prantsidis, Dimos Prantsidis, Achilleas Tsiaras and Maria Tsimitri. The people above presented traditional dances, customs and morals as well as traditional costumes from their specific places of orgin all over Greece where they have conducted years of folklore research.

Musicians: Kyriakos Gouventas, Panagiotis Zikidis, Giannis Kakaras and Panagiotis Pavlos. The people above initiated the participants of the previous folklore events in the world of traditional song culture, the musical instruments used in Greek music and of course our various language dialects in an attempt to correlate the idioms of Greek language and culture through the power of the music lyrics. Also, the Associate Professor of the University of Thrace, Mr. George Pavlos, explained the philosophy of Greek language by using ancient song lyrics from the years of Orpheus till today.

Moreover, the American folklorist, Mrs. Yvonne Hunt, touched everyone with the presentation of her conclusions concering her own thirty-year research activity on folklore dances and traditions of different regions of Greece and Balkans. She presented in a theoretical and a practical way the main relationship between the Greek circular dances with them from other Balkan countries such as Armenia, with the association of another researcher, Mrs. Laura Shannon.

All the participants of the folklore seminar were warmly welcomed by the local residents, by opening their homes and their hearts and offering genuine Greek hospitality. This unusual experience impressed the majority of the visitors especially if you consider that these values have prematurely lost from other countries of the modern Western world, but not from Greece.

The success of this first folklore seminar – meeting was outstanding and all the people who participated from different parts of the world were extremely impatient for the future learning sessions, by living and feeling a deep emotional and metal vibration caused by musical activities, traditional dances as well as Greek language lessons, while at the same time they were waiting for the next meeting in Pieria during the summer of 2012. 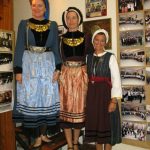 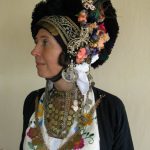 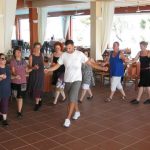 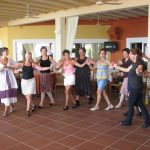 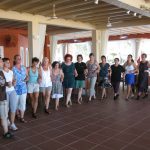 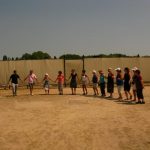 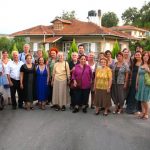 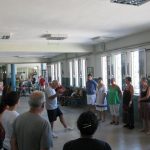 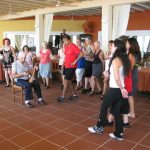 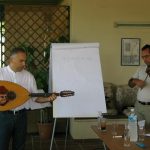 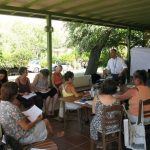 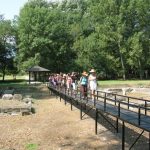 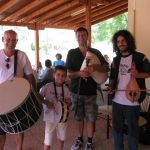 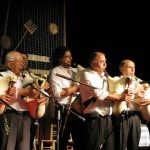 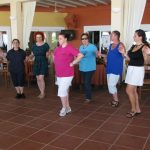 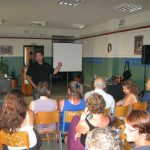 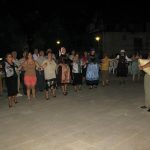 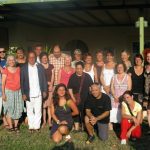