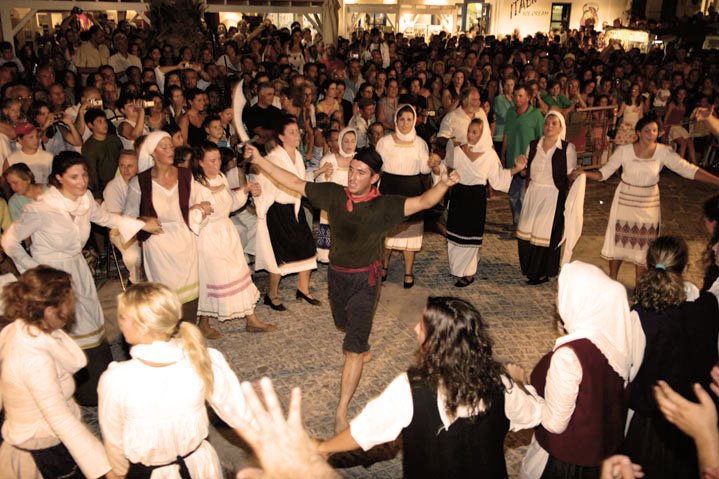 The Festival of Karavolas (a folk festival) is held at Lefkes, the most mountainous village on Paros. The folk festival is held annually on the first Saturday after 15 August. It is one of the largest events held at Lefkes and Paros as a whole, and has been for the past twenty-five years. The festival is organized by the cultural association MEEAS YRIA LEFKES.

Not many people know what a karavolas is. Karavolas is the Parian expression used to describe the large snail. The feast is an opportunity for residents of Lefkes to celebrate their love for karavolas snails (and how they got the nickname “karavolades”) and is held in the large area next to the Lefkes community center under the pine trees. The dishes served include karavoles with skordalia (garlic sauce) and boiled potatoes, delicious local cheeses, baked chickpeas and plenty of local wine.

The preparation for the festival begins a full week before the event and nearly all the residents of the village volunteer, youths in particular. It is the most important feast held at the village and celebrations, merry making and dancing last until dawn, accompanied by live music performed by local musicians. If you are in Paros in late August, the village of Lefkes and the Festival of Karavolas are definitely worth visiting.

Each folklore group should perform once for 15 minutes during the Festival night. 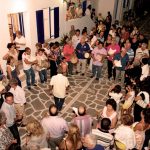