Syros is a Greek Island in the Aegean Sea with an area of 84 sq. km. It is located south-east of mainland Greece in the middle of the Cyclades group of islands and is the Capital of the region. Syros Island has an unusual character in contrast to the other islands thanks to its magnificent neoclassical architecture.

Syros island owes its peculiarity to the 19th century which is due to a long period as one of the most important ports in the Eastern Mediterranean, resulting in Syros acquiring a magnificent air and a rigorous tradition of Industry, the Arts and Culture. Nowadays, Syros is the capital of the Cyclades Islands and still remains a place of Culture while at the same time has emerged as a remarkable travel destination very easily approached by air and coastal.

Is the island where Greek tradition and western influence come to a harmonious marriage. Ermoupolis (meaning “The city of Hermes”) is the island’s capital town and has been the first important trade and industrial centre of the country in the 19th century. Evidence of this glorious past can be seen on public buildings (the City Hall, the Customs Office, Apollo theatre), on the neoclassical houses and at the beautiful squares. Due to its economic activity, Ermoúpoli has been called Manchester of Greece and the history of its years of blossom is exhibited in the Industrial Museum.

The great number of beautiful beaches will delight the sea and sand lovers: Vári, Foínikas, Yalissás and Kíni, as well as Possidonia or Dellagrazia, the beach of a village with many neoclassical mansions with colourful orchards. Syros island is well-known for its gastronomic peculiarities. Halva pie (a pie made of thyme honey and roasted almonds), loukoúmi (a delight made of water, starch and sugar), “loosa” ham, fennel sausages and the St. Michalis spicy cheese (appellation d’origine contrôlée/”protected designation of origin”) will no doubt satisfy even the most demanding taste buds.

Participation fee DOES NOT include:

Seasonal prices vary according to the number of participants. 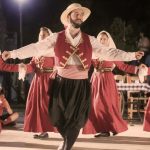 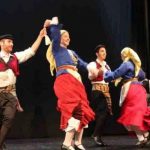